Why on earth are we still talking about restoring the executive? 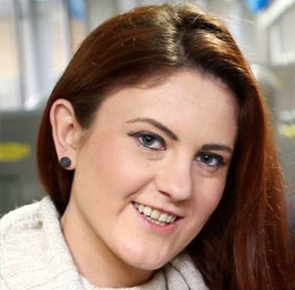 The 16th of January 2017 marked the fifth suspension of the Northern Ireland Assembly since its inception merely twenty years ago.

Attempts to secure its operation on a permanent basis have been exhausted and frustrated by disagreements. Describing the different types of Executive we have had since December 1999, Political Commentator Alex Kane said that we have had “one with the UUP/SDLP/SF and the DUP neither in nor out. Then one with the DUP/SF/UUP/SDLP. Then one with the DUP/SF/UUP/SDLP/Alliance. Then the UUP left. Then the latest one, with DUP/SF/Claire Sugden. And all of them, every single one of them, has included walkouts, in/outs, suspensions, show downs, crises, instability, threats of legal action, emergency talks, potential collapse and round-the-clock briefing against each other.”

Which begs the question; Why on earth are we still talking about restoring the executive?

Besides broken relationships, calls for Direct Rule (or as we’ve recently heard ‘Joint Authority’) suggest that there is a consensus that the present system of devolved governance - mandatory coalition - is not only broken but beyond repair.

Let’s be honest. The institutions envisaged in the Good Friday Agreement were a compromise, agreed at a time when an honourable outcome and stability were desperately needed. However, those structures were not designed to last forever. They were specific to their context and, just like the devolution of justice or an extension of fiscal responsibility, the institutions grow and change as the political landscape does.

With speculation that the agreement is dead in the water, perhaps now there is opportunity for the Northern Ireland Secretary of State to uphold its content and exercise the review legislated for under strand one section thirty-six. It reads “After a specified period there will be a review of these arrangements, including the details of electoral arrangements and of the Assembly’s procedures, with a view to agreeing any adjustments necessary in the interests of efficiency and fairness.”

Perhaps now as we begin a new year, we can have conversation about new beginnings, a new system of governance that deinstitutionalises sectarianism and paves the way for a truly progressive and pluralist Northern Ireland.

A new devolved legislator formed in the image of successful institutions where delivery is the rule not the exception.