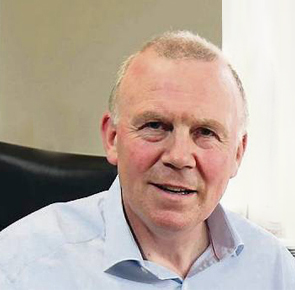 Cllr John Kyle - I have been contacted by a considerable number of constituents and concerned people, registering their shock at the video released by the Member of Parliament for West Tyrone Mr Barry McElduff.

The video released of Mr McElduff standing with a Kingsmill loaf on his head on the 42nd Anniversary of the Kingsmill massacre is shocking, deeply disturbing and behaviour not befitting of an elected representative or indeed any self-respecting person. It clearly shows no respect or concern for the relatives of those murdered.

In conclusion Cllr Kyle said - The Parliamentary Commissioner for Standards should review these actions and Mr McElduff must seriously consider his position. The hypocrisy of stating that he wants equality while mocking the sectarian murder of ten innocent workmen clearly demonstrates his position on equality.