“It sounds like it’s not loyalists who don’t understand the Protocol Bertie.” 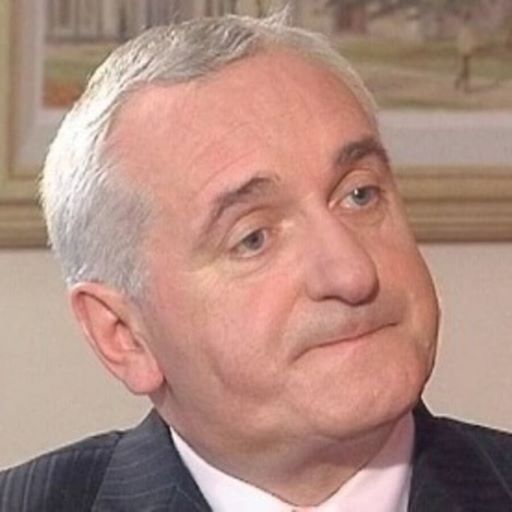 Prime Minister Bertie Ahern at Dublin City University event.
Bertie Ahern’s comments are surprising, whilst we expect this from other former Irish politicians,
this is not something we would have expected from him. His comments lack any scintilla of
substance or fact; and verge on insulting. Instead of trying to claim that it “is just about trade” and
“Loyalists don’t have a clue about the Protocol”, his time may be better served actually reading the
Protocol in more detail before erroneously trying to claim its undemocratic imposition is solely
about trade. As this party has repeatedly highlighted (and subsequently included in UK Command
Paper), the Protocol places an EU constitutional bulwark between NI and GB by sheer dint of their
insistence on primacy of writ of the ECJ in this part of the United Kingdom. Rest assured loyalists are
more than aware of the workings of the Protocol. It’s not Loyalists who don’t understand the
Protocol Bertie.
While many loyalists may not have laboriously poured over every minutiae of the Protocol, they are
more than aware of its negative outworkings on a growing daily basis. Many may live in unionist
working class communities but those communities are most certainly not “ghettos”. Proud
communities who will (understandably) find such a pejorative description of their community
demeaning and grossly offensive caricaturisation redolent of a classism manifest in the Republic of
Ireland during pre and post-Celtic Tiger years when inner city communities were abandoned to face
the worst ravages of social deprivation while their political class thrived.
ENDS