Response to Finance Announcement from the Secretary of State

by Director of Communications on Wednesday 19th July 2017 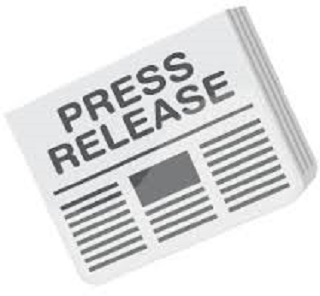 The Progressive Unionist Party of Northern Ireland welcomes the Secretary of States action to direct spending and reallocate additional funds to both the Health and Education budgets. However, it remains to be seen if that will go to the lengths necessary to ensure that those services operate at their full potential. In past years, it has been well publicised that any collapse in the assembly results in major restrictions and reductions in budgets available to civil servants, and, even with a full budget, without political and social input, it is unclear as to what priorities civil servants will adhere to when allocating funds within departments.

This means, that as a result of the failure to establish local government at Stormont, we find ourselves in a position where our Third Sector workers are being put under protective notice, some even losing their jobs, our local economy faces more uncertainty with lack of local leadership, our place and therefore our voice is lost at the UK Brexit Committee and, our already stretched Public Services face even further budgetary and leadership pressures. In short, the most vulnerable in our society, the most in need, those who have already suffered, are about to suffer some more.

As a key player in the process which led to the creation of Stormont, we acknowledge that the institution has its weaknesses and we acknowledge that there are a number of unresolved issues with regard to Legacy and Cultural impasses, none of which can or will be solved overnight. That said, this should not be the basis for collapsing an executive that was hard won at the end of our country’s darkest hours. The priority should always be to ensure that the day to day business of running Northern Ireland is kept on track, allowing for the appropriate address of local issues and the proper allocations of budgets and priorities. This focus on working together for all was a key part of the Good Friday agreement, which, contrary to popular belief, should never have been about power sharing, but instead about the sharing of responsibility.

The current impasse has highlighted the lack of responsibility being shown and a serious lack of leadership on all fronts. With that in mind we call on all parties to once again focus on the things that unite us and tie us together for the common good. If we can do that, then, and only then, will we be in a position to deal with the more contentious issues. Where this isn’t possible, it is imperative that the British Government take decisive legislative action to ensure that Budgets and Priorities can be allocated to ensure that the people of Northern Ireland are not disadvantaged by being left in a political no mans land. In short, we all need to do what’s right for the people of Northern Ireland, regardless of political background!